Functions and membership of the board

Our Business Advisory Board is made up of 12 - 20 appointed senior leaders from major local, national and international organisations, as well as the Pro Vice-Chancellor - Management and Associate Dean Research of Waikato Management School.

The Board is a key advisory body that helps ensure the School understands the education and research needs of business.

The Board's purpose is to provides guidance on the School's strategic direction, discuss new trends in business education, future market positioning of the School, and commercial and funding opportunities. It also acts as sounding board for any specific proposals the School is considering, and reviews the impact of recent changes.

Changes in the board membership are important to bring new insights and experiences to discussions of the School’s challenges and opportunities in the dynamic global economic environment.

Please contact the Pro Vice-Chancellor - Management if you would like more information about the Business Advisory Board.

Steven Joyce was a senior economic Minister in the recent three term National-led government of New Zealand.  Over nine years in the cabinet, he served as Finance Minister, Minister of Economic Development, Minister of Science and Innovation, Minister of Transport, Minister of ICT, and seven years as Minister of Tertiary Education, Skills and Employment.

During his time in Government, he led the government’s economic growth programme, the Ultrafast Broadband fiber to the home rollout, and the country’s biggest highway building programme in decades.

He was also the Campaign Chief for the National Party’s five highest election results under MMP. Prior to entering politics he was a successful radio entrepreneur, starting his first station Energy FM  in New Plymouth, and building it up to become RadioWorks, New Zealand’s second-largest radio company.  He is also a trained zoologist.

Steven now runs his own advisory firm, Joyce Advisory Limited, providing strategic policy and commercial advice across Australia and New Zealand.  He conducted the recent “Strengthening Skills” report on vocational education reform for the Australian Federal Government, and now chairs an expert panel to advise Canberra on the implementation of the reforms.

Steven lives on a lifestyle block north of Auckland, with his young family, assorted ducks, Gemma the Retrodoodle, and Marlow the cat. 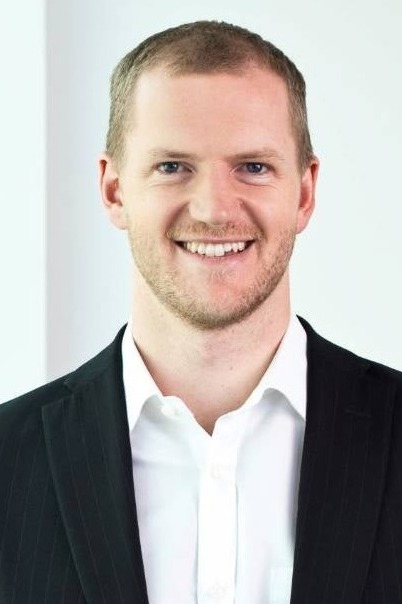 Matt Bolger was appointed Pro-Vice Chancellor in August 2020. He joins the University from a successful career in the corporate world, rising up the ranks in Fonterra since joining as a graduate 18 years ago. He is currently General Manager Capital Strategy and has held various senior leadership roles in the company over that time in New Zealand and the United States.

Matt is known in the New Zealand business community as a dynamic and influential leader and he has a proven track record in strategy and innovation, leading large teams and delivering successful commercial outcomes in a global environment. 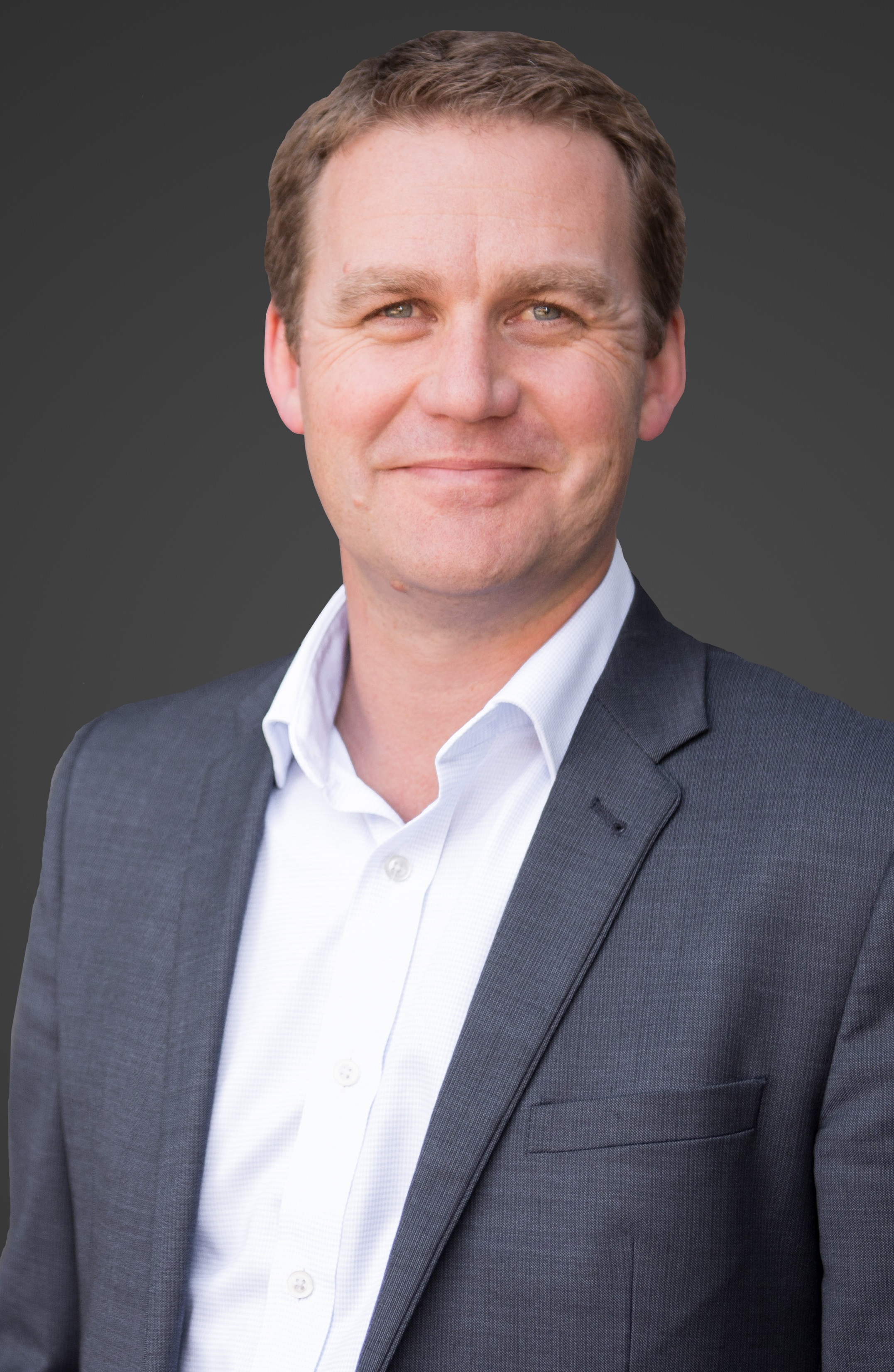 With a deep understanding of business strategy and strong business acumen, Kahl stepped up into the role as Deputy CEO for the Gallagher Group in April 2019 after holding many senior roles with the company since 1997.

A people focussed leader, Kahl is passionate about encouraging diverse thinking and customer focussed ingenuity, ensuring the pioneering spirit upon which Gallagher was built continues to thrive.  His focus is on embedding a culture that nurtures a growth mindset, tapping into the collective potential of everyone and building a high performing organisation that cares about having a positive impact on their employees, customers and communities long into the future.

Kahl is a member of Gallagher’s Board of Directors and a Director to eleven of the Gallagher Group entities. 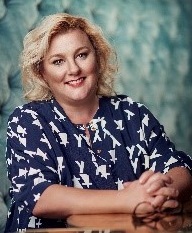 In May 2019 Angela joined the Antipodes Water company as Chief Executive Officer. 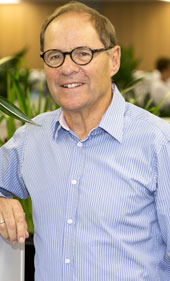 Tony Falkenstein is Founder and Chief Executive of Just Life Group Limited and a director and shareholder of PureSEO Ltd.

He has been prominent in business education, establishing New Zealand’s first Business High School in 2003, as a precursor to ‘business’ becoming a subject in the New Zealand Curriculum.

Tony was inducted into the New Zealand Business Hall of Fame in 2008, was appointed as an Officer of the New Zealand Order of Merit (ONZM) in 2010 and was selected as a Distinguished Alumni of the University of Auckland in 2011. In 2012 Tony received a KEA World Class New Zealand Award for ‘New Thinking’. In December 2012, Tony was the first New Zealander to be inducted into the international ‘Beta, Gamma Sigma’ Society, in recognition of his professional achievements. 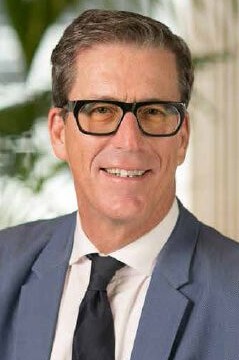 From 2005-2015 Brett was the Chief Executive Officer of Comvita. Prior to Comvita, he held a number of senior roles with global packaging firm Tetra Pak. Other former Governance and Advisory board roles include: Derma Sciences Inc. (DSCI:Nasdaq), SeaDragon (SEA:NZX), Enterprise Angels, NZTE’s Better by Design Advisory Board and Member of the Callaghan Innovation Stakeholder Advisory Group.

Brett has a Bachelor of Food Technology from Massey University, and a Masters of Business Administration from the International Institute for Management Development, Switzerland. He has also completed advanced management programmes at Stanford University and the Massachusetts Institute of Technology’s Sloan School of Management. Brett is a Member of the Institute of Directors. 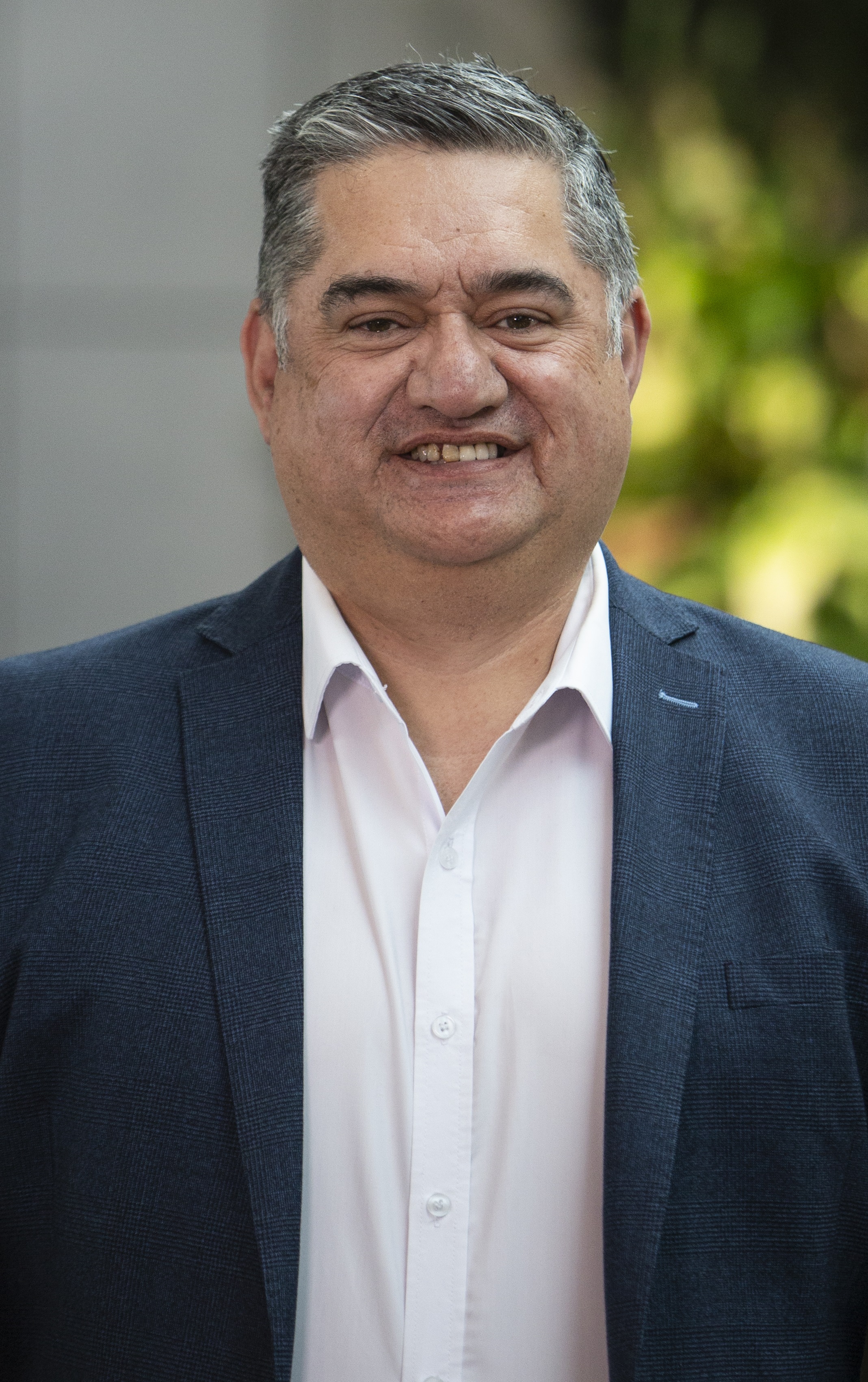 Tiaki Hunia joined Fonterra in 2017 and is the Pouhere Māori - Director of Māori Strategy and is responsible for progressing the Co-operative’s strategic Māori commitments and strengthening its bicultural capability and partnerships.

Tiaki has previously held a number of key leadership roles, including at Te Puni Kōkiri, and prior to that, five years as Deputy Māori Trustee, Te Tumu Paeroa. He has also been involved in numerous governance roles with iwi and industry organisations over the last 10 years, notably Bay of Plenty District Health Board , Iwi Collective partnership (Fisheries sector) , Ngāti Awa Group Holdings Ltd, Māori Investments Ltd and Pūtauaki Trust.

He is an alumni of Stanford University Business School having attended Te Hono – the NZ primary sector bootcamp and has participated and represented Māori economic interests in various deputations to Malaysia, China, Japan, Taiwan, Australia and the United States.

Tiaki holds a Bachelor of Law and a Bachelor of Arts in Māori from the University of Auckland. He has previously been admitted as a Solicitor of the High Court of New Zealand and is a member of the Institute of Directors and the current Chairman of the Māori Kiwifruit growers Inc. 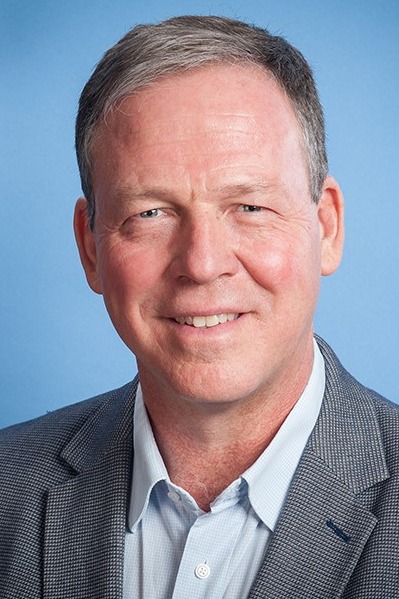 Brad Jackson is the Associate Dean Strategic Engagement at the Waikato Management School which is based in Hamilton, New Zealand. He also serves as Professor of Leadership and Governance.

Prior to joining Waikato University, Brad was the Professor of Social Innovation within the Department of Business Strategy and Innovation in the Griffith Business School based Brisbane, Australia. At Victoria University of Wellington, Brad served as the Head of School of Government and the Head of School of Management.  At the University of Auckland Business School, he was Co-Director of the New Zealand Leadership Institute and the Fletcher Building Education Trust Chair in Leadership.

Brad is a former co-editor of the journal, Leadership, and the former Vice-Chair of the Akina Foundation and the International Leadership Association. 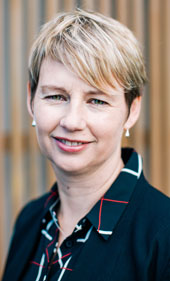 Nikki Johnson has been CEO of New Zealand Kiwifruit Growers Incorporated (NZKGI) since April 2016. NZKGI is the representative organisation for New Zealand kiwifruit growers which works to advocate, protect and enhance their commercial and political interests. In addition to this position, Nikki has  served as an Associate Board member on the Agcarm board since 2012. Prior to her position at NZKGI, Nikki was Executive Manager of NZ Citrus Growers Incorporated and was co-Director and co-owner of advisory company Market Access Solutionz for 14 years. 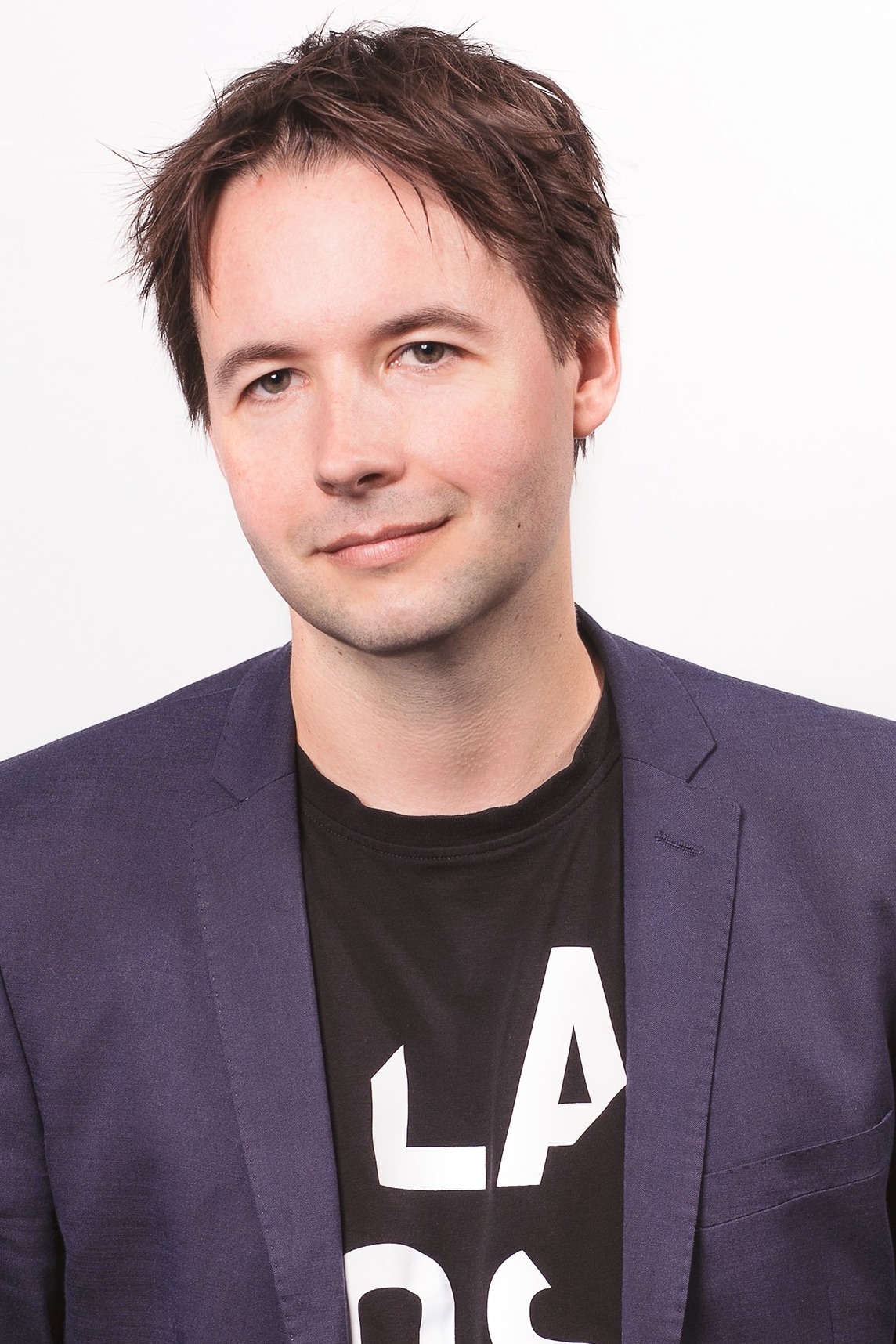 Damon Kelly is Founder and CEO of Enlighten Designs. Damon has a passion for people, business and technology. Immediately after his graduation in 1998, Damon founded Enlighten Designs. Where in Silicon Valley start-ups are created in garages, the New Zealand equivalent of this was Enlighten beginning in a caravan, in Damon’s backyard.

Damon wanted to create a company that valued creativity, learning and connecting with its customers all while having fun doing it. Enlighten attracted a technically brilliant and client focused team that would deliver great technology solutions. They do this through collaboration through discovery and design to craft the right digital experiences, but would also lead and challenge their clients to create the amazing outcomes.

Damon graduated from Waikato University in 1998 with a double major in Psychology and Cognitive Science. 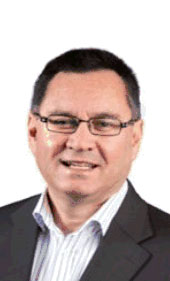 Wayne has over 20 years business and commercial experience with PwC in Advisory and Assurance roles, including 4 year’s experience with PwC based in the United Kingdom, and has also worked in several other territories. Wayne’s passions include the Education and Maori sectors.Wayne leads the PwC Waikato’s
Deals team and works with a range of clients to maximise business value and solve business problems. His areas of specialisation include transaction services providing pre and post deals support, buy side and sell side due diligence and strategic and business planning. Wayne is also the National Leader
of the PwC Mānukura Māori Business team and is of Ngāti Maniapoto and Waikato-Tainui descent. Wayne has a Bachelor of Management Studies from the University of Waikato (1995) and is a member of the Institute of Directors. In his spare time, Wayne enjoys a variety of sports activities, travelling and
precious time with his family.

Kelvin was appointed Principal of Hillcrest High School in 2003, and is about to complete 40 years in the teaching service.

Gaining a Bachelor of Social Sciences with Honours from the University of Waikato, Kelvin attended Christchurch Teachers College, before beginning his teaching career at Hillcrest High School in 1981 teaching Geography, History and Social Studies. He then spent time at Matamata College as HOD History and Social Studies, followed by Howick College as HOF Social Sciences and then Assistant Principal, and Pakuranga College as Deputy Principal prior to returning to Hillcrest High School.

Kelvin has been a member of the Secondary School Principals Association (SPANZ) Executive on two occasions and is currently a member of the Board of School Sport NZ, as well as Chair of the Waikato Secondary Schools Sports Association. He is also a member of the Management Advisory Group for beginning Principals. One of the highlights of Kelvin’s career to date has been the awarding of a Woolf Fisher Fellowship in 2009 acknowledging his leadership. Kelvin spent 11 weeks touring the UK, Europe and the USA visiting schools and attending Harvard University’s Principals’ Leadership Programme. Kelvin is married to Karen and they have three adult children, all of whom were educated at Hillcrest High School. 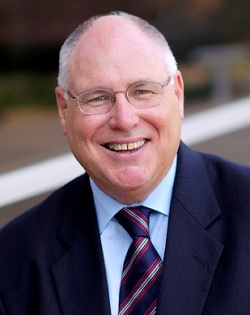 Peter Wolnizer is Professor Emeritus at the University of Sydney, where he served as Dean of the Faculty of Economics and Business from 1999-2010 and Professor of Accounting until his retirement at the end of 2011.

Professor Wolnizer was awarded the Medal of the Order of Australia in the 2011 Queen's Birthday Honours List for his service to higher education in business and economics as an academic and administrator.

He has extensive international experience of chairing accreditation reviews of business schools and universities for AACSB International, EQUIS and government agencies. Under his leadership, the faculty was twice accredited by AACSB International and EQUIS, and also chosen as the Australian member of the prestigious CEMS Global Alliance in Management Education.

Prior to returning to the University of Sydney, where he lectured for more than 11 years, Professor Wolnizer served as Dean of the Faculty of Business and Law at Deakin University from 1991 to 1998, following his appointment as Foundation Professor of Accounting and Finance in 1989.

He served on the board of directors of AACSB International (2006-2011), the Council of the Association of Asia Pacific Business Schools (2004-2010), and as President of the Australian Business Deans Council (2004-2005). He was a member of Australia's Corporations and Securities Panel 1994-99.